Wondering if you should choose Vortex Fog or Vortex Cloud? This article looks at some of the similarities and differences between the two. 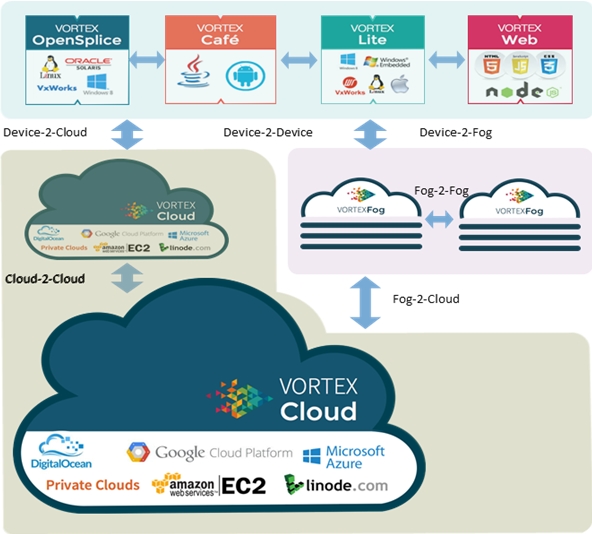 What are the differences between Vortex Cloud and Vortex Fog ?

Vortex Fog is deployed at the edges of the system. Typically it  is used to collect data near its source (a subsystem/system), for the sake of performance. In “device (subsystem/system) to Fog” and “Fog to Fog” scenarios DDS aware subsystems/systems will communicate via the internet.

Vortex Cloud is deployed everywhere else, typically on a higher level allowing hierarchical deployment with  Fog to Cloud, Cloud to Cloud communications.

Consequences are the following :

View all posts by Jean Marline →